All You Ever Wanted to Know About Insurance

Tips on Finding Your Dream Car

Everyone that loves cars has a dream car. They’ve been keeping an eye on that 1965 ‘Vette Roadster, or watching the development of the 911 Carrera line. These enthusiasts know exactly what they like and why they like it.

For those of us that haven’t been dreaming about cars since we first played with Hot Wheels, finding a “dream car” is a bit of an anomaly. You may think a car on the street looks nice and think to yourself that it might be fun to have, but your heart just isn’t in it enough. So when people ask you what your dream car is, you’re more likely to pick the most expensive car that you can think of rather than actually describing what your actual dream car would look like, thinking that this must be the proper response.

It’s not though, because your dream car is more likely based on different qualities about the perfect vehicle. The enthusiast will be into all of the specs, performance, and extras on the car, hoping to find the best. Not just any old thing will do, hence they know the exact make, model, and year of their dream cars. That’s what makes them different. That’s what makes them enthusiasts. 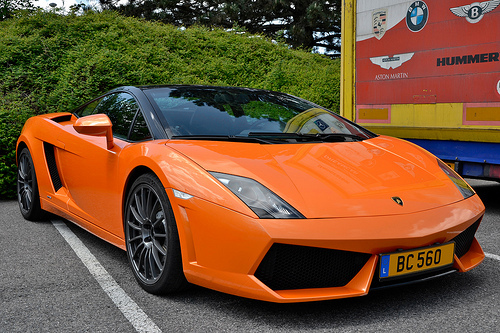 Your Dream Car Doesn’t Have a Make and Model

Your dream car likely doesn’t have a make and model attached to it. It may not even have a particular year. That’s because there are a number of cars that would meet the qualifications as the “perfect car.” Here are some factors that may be important to you, but you could find in any number of makes and models.

If you just want a car that will get you from point A to point B for a long period of time, then a durable car would be your dream. It would run forever without experiencing many problems. Color, extra features, and a fancy interior probably don’t mean much to you.

If you just don’t have a lot of money, then you’re dream car would be a relatively newer car for a cheap price. The bigger the bang for your buck, the happier you will be driving that sucker around town.

If you just want a comfortable ride to get you around town, there are plenty of cars that can offer that luxury. No one make or model is going to provide that feature. In fact, most companies produce a few models that fill that need. Feel free to shop around until you have the smoothest ride around.

Some people just want a low-key car that won’t attract the attention of thieves or really anyone. They’d rather it be invisible so as to avoid trouble in any of its forms. A low-key car would be the dream of this personality.

So although you may not be able to identify the make and model of a car that would fulfill your dreams, you have a preference for a particular characteristic that would describe your dream car. Your dream is in the function, not in the make or model, and don’t be afraid to explain that to someone. You just dream differently than the enthusiasts, like most everyone else.

There are no comments yet.

Required fields are marked with ✶

Give us some info and we'll get quotes from multiple companies.